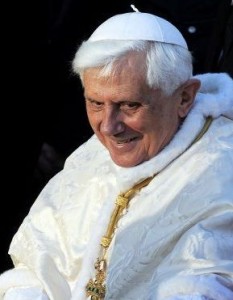 The ranking only looks at the Popes elected since the year 1400, because there are no precise records that existed beforehand. This is according to Anura Guruge; he gathers papal statistics and is the creator of the web page “Popes and Papacy,” on the history of the Popes.

Those Popes that were older than Benedict XVI include Innocent XII and Pius XI, who both died at 85 years old, Clement X was 86, Clement XII lived to 87, and topping the list is Leo XIII, who served as Pope until he was 93.

The day may have an historical significance for the Church, but Benedict XVI is quietly making his spiritual retreat in the Vatican.

Despite being nearly 85 years old, the Pope has maintained a busy schedule ever since his election in 2005.

Although he has recently made some changes to save energy, such as now receiving Bishops in a group, and he uses in  St. Peter’s Basilica a mobile platform.

Despite holding the sixth place in the list of papal longevity, the Pope continues travelling and making plans for the future.

In March he will visit Mexico and Cuba. He is also preparing a trip to Lebanon in September, and in 2013 he will attend World Youth Day in Rio de Janeiro, Brazil.

Also, in October, he will open the Year of the Faith, to remember the opening of the Second Vatican Council. It is a Year of many ambitious events and ceremonies; the Pope is also preparing a document to help explain its importance.

And as the Pope spends this anniversary in his spiritual retreat, it shows how nothing passes the time like keeping busy.