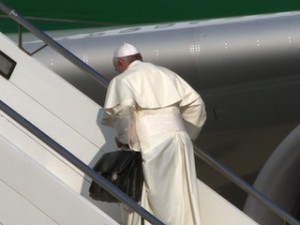 During the news conference on the 12-hour return flight from Rio to Rome, His Holiness Pope Francis also addressed a less serious question: What did he have in the black bag he carried during his trip?

“‘The keys to the atomic bomb weren’t in it,’ Pope Francis quipped. Rather, he said, the bag merely contained a razor, his breviary prayer book, his agenda and a book on St. Thérèse of Lisieux, to whom he is particularly devoted.

“‘It’s normal’ to carry a bag when travelling, he said.’We have to get use to this being normal, this normalcy of life,’ for a Pope, he added.”

Books on St. Thérèse of the Child Jesus and the Holy Face, Virgin and Doctor of the Church, may be obtained from:- 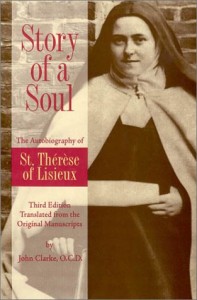