St. Hildegard of Bingen and St. John of Avila to become Doctors of the Church

St. Hildegard of Bingen and St. John of Avila to become Doctors of the Church 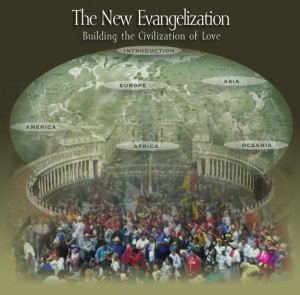 To the thousands of pilgrims who went to St. Peter’s Square to pray the Regina Coeli with the Pope on Sunday, 28 May, 2012,  His Holiness announced that he would confer at the beginning of the XIII ORDINARY GENERAL ASSEMBLY OF THE SYNOD OF BISHOPS ON THE NEW EVANGELIZATION FOR THE TRANSMISSION OF THE CHRISTIAN FAITH,  the Doctorate of the Universal Church on St. Hildegard of Bingen and on St. John of Avila.

Benedict XVI
“I am pleased to announce that on October 7, the day that begins the assembly of the Synod of Bishops, I will proclaim St. John of Avila and St. Hildegard of Bingen Doctors of the Church.”

The title of Doctor of the Church is given to Saints whose theological teaching is valid for all time.

Paul VI named only two doctors of the Church: St. Teresa of Avila and St. Catherine of Siena. John Paul II named one, St. Thérèse of Lisieux in 1997. When Benedict XVI names the next two in October, there will be a total of 35 Doctors of the Church.

Doctor of the Church

More bishops (twenty in all) have been recognised as Doctors of the Church than any other group.  Nevertheless, the nine priests and one deacon who have also been proclaimed Doctors demonstrate that the special form of teaching charism the Church points to in declaring someone a Doctor Ecclesiae is different from the institutional teaching role of the episcopacy.  Furthermore, the recent creation of three women Doctors —officially lay persons — shows that the teaching ascribed to Doctors is independent of any form of ordination to Church office.  Teresa of Jesus, Catherine of Sienna, and Thérèse of Lisieux were all members of the laity, non-ordained believers, who were neither trained to teach nor formally recognised as teachers in their own time.  (Indeed, each experienced opposition to her teaching, often from the ordained ecclesiastics of the day).

The title of Doctor is not connected to the hierarchical function of the Magisterium.  Through Baptism, women participate in the common Priesthood of all the Faithful.  “In such profession of Faith,” Pope Paul VI said when conferring the Doctorate on Teresa of Jesus, “many women have arrived at great heights, even to the point where their words and their writings have become lights and guides for their brethren”.

The Doctors of the Church