Reflection at Vespers for the Feast of St John Ogilvie, Priest and Martyr 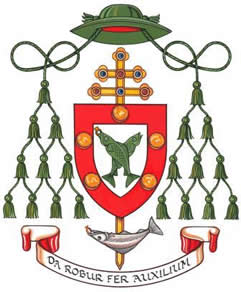 Homily for the Feast of St John Ogilvie, Priest and Martyr

1. Just ordained 15 months and having just started post-graduate studies inRome, I was in St. Peter’s Basilica in October 1976 when Pope Paul VI declared Blessed John Ogilvie a Saint. It was a moment of great joy for all the Scottish pilgrims who had travelled toRome, including my own mother. I remember the Jesuit postulators of the cause, Fr Lombardi and especially Fr Peter Gumpel, the scholarly Vice-Postulator, who was a frequent visitors to the Scots College in Rome as the cause of St John Ogilvie inched nearer to a conclusion and practical details were being worked out.

2. At that time, all the questions about the canonisation of St John Oglivie were around ecumenism. How could we canonise St John Oglivie and not upset the nascent ecumenical movement? How could we speak of St John Oglivie without presenting him as a Catholic martyr who died in Glasgow at the hands of the Scottish Episcopalians who were the first religious masters of Scotland after the Reformation, before the Presbyterians asserted themselves in Protestant Scotland. Little did we realise that in the 21st century the real reason for the death of St John Oglivie would be a matter of deep common concern to Christians which would make the matter of one denomination triumphing over another seem trivial. For in the 21st century, I would say that St John Oglivie has become a saint for Christians rather than simply a saint for Catholics.

3. As a young priest at the time of St John Oglivie’s canonisation, I could never quite grasp the complexities of why St John Oglivie was put to death at Glasgow Cross on the 10th March 1615. I think I have gradually understood it over the years and in the end it boils down to this. St John Oglivie was not executed simply because he was a Catholic priest heroically exercising a forbidden ministry to a community who were labouring under penal conditions. For that he could have been arrested, imprisoned and punished but 16th centuryScotlandwas not so lawless or heartless as to execute someone for that. St John Oglivie was condemned to death and executed because he upheld the authority of the Roman Pontiff in spiritual matters over that of the King. He was put to death for the very old fashioned crime of treason, but the treasonable act was to assert the freedom of religious faith in respect of the temporal power. St John Oglivie paid with his life in a bloody execution at Glasgow Cross as a witness to the right relation of the state to religious faith, what we have come to call nowadays religious freedom.

4. And religious freedom is becoming the cause of the 21st century as churches and people of faith struggle to retain freedom of worship and freedom of expression and freedom of conscience in a culture where freedom of religion is being consistently trumped by new and fundamentally untested freedoms, which are, to put it as neutrally as possible, much less close to the fundamental dignity of the human person and much less salutary to the common good of the human community.

5. So, St John Oglivie was put to death in what Catholic historians call penal times. We can hardly imagine what those penal times must have been like for ordinary Catholics. A prominent Catholic historian recently declared that the Church is facing its worst crisis since the reformation. My worst fear is that we are heading for another penal time – 21st century style – when religious freedom will be limited to freedom of worship, which would still be more than the Catholic community of St John Oglivie’s time enjoyed. In two years’ time we will mark the 400th anniversary of the death of St John Oglivie. I hope that all Christians will be able to celebrate that occurrence ecumenically, as an opportunity to promote religious freedom in its broadest sense. St John Oglivie, pray for us.