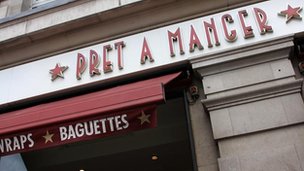 The firm, with about 350 shops in the UK, launched the spicy tomato crisps – based on the non-alcoholic version of a Bloody Mary cocktail – last week.

This prompted complaints, including from Catholic groups, that it was an offensive reference to Jesus’s mother.

A company spokesman said it had noted complainants’ “strength of feeling” and withdrawn the product to avoid offence.

“It didn’t take many complaints,” he said. “It’s the strength of feeling that’s behind them that’s important.”

He added: “For the sake of a particular flavour of crisps, we don’t want anyone offended.”

In replies to the complaints, the company had said: “We are extremely sorry that the crisp name that we had selected has offended you. This wasn’t our intention

“After receiving a number of comments similar to yours, Clive (Pret’s CEO) has taken your advice and decided to remove all of the crisps from our shops…

“We will be donating the unsold crisps to homeless charities that we support across the country.”

It added: “We do listen and we have tried to react quickly.”

The Reverend Nick Donnelly, deacon of the Diocese of Lancaster and author of Protect the Pope website, was among those who complained to Pret A Manger.

Following the decision to withdraw the crisps, he wrote on the Protect the Pope site: “Clive Schlee and Pret A Manger deserve our unreserved thanks for listening to our concerns as Catholics and for acting so quickly to remove the brand of crisps.

“It seems fitting that Pret A Manger are planning to give any unsold crisps to the homeless.”

He added: “One of the things we need to go away and think about is what this incident tells us about how we defend our faith in the future.

“We’ve been passive for too long in the face of mockery of our faith and discrimination against us as Catholics.” 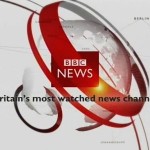