Pope speaks on stolen documents and condemns media for its amplification

Pope speaks on stolen documents and condemns media for its amplification 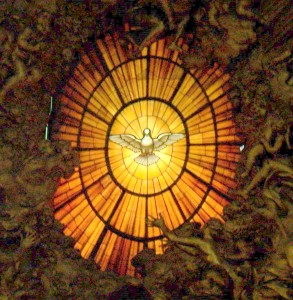 During today’s General Audience with some 15,000 people, His Holiness Pope Benedict XVI expressed his deep sadness over his documents that were stolen from the Vatican. He also noted that he still relies heavily on his closest collaborators and the faith that, despite human weakness, the Church is guided by the Holy Spirit.

Benedict XVI
“Here has been increasing conjecture, amplified by the communications media, which is entirely gratuitous, goes beyond the facts and presents a completely unrealistic image of the Holy See. Thus, I wish to reiterate my trust and encouragement to my closest collaborators and to all those people who every day, in silent faithlessness and with a spirit of sacrifice, help me carry out my ministry.”
During the audience, the Pope spoke about St. Paul and the difficulties he encountered. He said that his model of faith could serve to help one overcome any problem.
Benedict XVI
“The comfort of the speaker is not merely soothing the pain, but a stimulus to not succumb to the difficulties. United in Christ in the hardships that he takes upon himself, not only are we able to face any test, but even to comfort us and those others in their struggles.”