Pope opens the Synod of Bishops

St. Hildegard of Bingen and St. John of Avila are now Doctors of the Church. 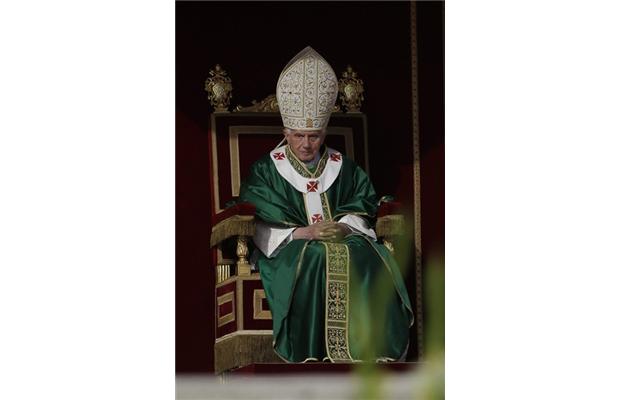 With this morning’s Mass in St. Peter’s Square, His Holiness Pope Benedict XVI officially named two new Doctors of the Catholic Church. The title is given to those whose theological teachings remain relevant regardless of time. Thousands of people gathered in St. Peter’s Square, as St. Hildegard of Bingen, was officially given this title.  Through her teachings, the German nun reflects human’s natural desire to connect with God.

BENEDICT XVI
“Saint Hildegard of Bingen, an important female figure of the twelfth century, offered her precious contribution to the growth of the Church of her time, employing the gifts received from God and showing herself to be a woman of brilliant intelligence, deep sensitivity and recognized spiritual authority.”

Also added to the list is St. John of Avila. He felt very strongly about formal education and formation. Among other things, the Spanish priest is remembered for his unique preaching style, which made people feel closer to God.

BENEDICT XVI
“A profound expert on the sacred Scriptures, he was gifted with an ardent missionary
spirit. He knew how to penetrate in a uniquely profound way the mysteries of the redemption worked by Christ for humanity. A man of God, he united constant prayer to apostolic action.”

There are now 35 Doctors of the Church. During this Mass, the Pope also officially opened the Synod on the New Evangelization. This three week meeting brings bishops, archbishops and cardinals from all over the world. Their mission is to analyze how to effectively transmit the message of the Gospel, especially in Western countries where the Faith is losing strength.

BENEDICT XVI
“With this solemn Concelebration We open the thirteenth Ordinary General Assembly of the Synod of Bishops on the theme The New Evangelization for the Transmission of the Christian Faith. This theme reflects a programmatic direction for the life of the Church, its members, families, its communities and institutions.”

The Synod on the New Evangelization will take place in Rome and run until October 28th. It takes place just days before the Church celebrates the 50th anniversary of the opening of the Second Vatican Ecumenical Council on October 11th, which is also the day when the Pope will open the “Year of Faith.”

Text in English translation of the Papal Homily:-