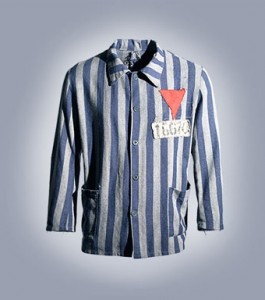 Ten Ten Theatre’s exciting new production, Kolbe’s Gift, is now booking for the 1-5 October 2013. Over a quarter of the tickets have already been sold. Book now to avoid disappointment.

“This place is not simply a concentration camp.  It’s a laboratory dedicated to the destruction of human identity.  It is the gospel of hate, which can only be defeated by the Gospel of Love.”

A gifted man, Kolbe was the founder of monasteries in Poland and Japan, produced a monthly magazine with a circulation of over one million and formed an international movement to help bring people to the Catholic faith. Then, a chance encounter with an ordinary soldier, Franek Gajowniczec, led Kolbe to an extraordinary act – walking away from all that he had and could have achieved.

David Gooderson’s powerful play tells the true story of these two men. One became feted across the globe. The other faded into obscurity. This is their story.

Notre Dame de France Church, 5 Leicester Place , London WC2H 7BX , which sits directly above the theatre, will host a range of related events including a photographic exhibition, a post-show talk and education workshops.