From blasphemers to evangelisers: The Beatles fifty years later

From blasphemers to evangelisers: The Beatles fifty years later

“L’Osservatore Romano”, the Holy See’s daily newspaper praises the legendary British band which had not been popular in the Vatican in the peak years of Beatle-mania 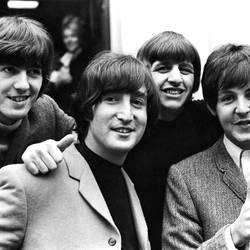 Fifty years on from their leap to fame, the Beatles still symbolise a period of great change and rebellion against all established powers, including Churches. The book “The Gospel according to the Beatles” (Claudiana), published recently by the Methodist pastor, Peter Ciaccio, is an attempt to rebuild the dialogue between the Christian faith and pop culture, that was interrupted half a century ago. A 112 page journey from Moses’ era to the present day, passing throughLiverpool. Half a century after the release of chart-topper “Love me do”, the historic Liverpudlian band’s first single, the Beatles remain the symbol of rebellion against established power, including Churches that grew in the 60’s. Starting with the transformation of four ordinary boys into idols, through real collective rites, Peter Ciaccio, author of the Gospel according to Harry Potter, reinterprets the “religious” aspects of the Beatles phenomenon.

Through the lens of the Ten Commandments, Fr. Ciaccio tries to find common points and differences between the life and work of the Beatles and the core of the Christian message. He finds these primarily in that ideal which is a new humanity based on love and the secular, enlightening and humanist “gospel” which intended to improve the sad song of an unfair and violent world. So the Beatles are the emblem of a world that no longer exists. Fr. Ciaccio’s book takes an in-depth look into the rebellion of an entire generation of young people against society and the Church, through an analysis of the impact the Beatles had on society, from a Christian point of view. 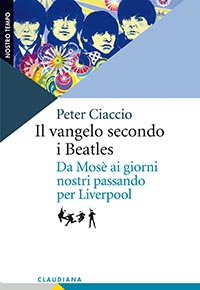 Methodist pastor Peter Ciaccio, has a degree from the Waldesian Faculty of Theology inRomewith a thesis on “Pastoral Models in Cinema: The Example of Ingmar Bergman”. He deals with relations between the Christian faith and cinema with incursions into the literary sphere. On 4 March 1966 the Beatles announced they were more famous than Jesus. One of the most famous and scandalous phrases in the history of music. In an interview, John Lennon made an unfortunate remark: “We’re more popular than Jesus now; I don’t know which will go first — rock ‘n’ roll or Christianity.” All chaos broke loose. The comment was poorly phrased and so was probably misinterpreted. Lennon later withdrew the comment and apologised.

Fans were furious nevertheless. In light of the band’s blasphemous comment, millions of fans destroyed their favourite band’s records; particularly in America, which was far more Puritan at the time and took this act of bravado particularly badly. The Vatican, meanwhile, has only recently forgiven the boys from Liverpool, with articles of praise published in its daily newspaper L’Osservatore Romano last November. Forty years after the band split, Beatle-mania is still alive, partly because quality music has become a rarity today.

The world the Beatles represent, as described by two new celebratory DVDs released by Universal – L’Osservatore Romano writes – is “a distant world, a world in black and white, made up of long skirts, wacky semipyramidal hairstyles and glasses with frames that are like a punch in the face. A world of crooked teeth and mothers who were seriously concerned about their daughters who were becoming victims of the first mass hysteria of pop culture. Now that those girls are now mothers, the roles have probably been reversed.” “The Beatles are an integral part of this landscape – L’Osservatore Romano highlights – with the minimalist elegance of their stage clothing and with that rock presence that became their trade-mark in their early days of fame when they still performed in public.” Their “on-stage presence was light years away from the contorted appearances made certain supposed starts. The Beatles were brilliant and did not need to flounce about much.” The newspaper of the Holy See underlined that the Beatles were “talented at playing musical instruments, especially the young George Harrison, but their talent lay mainly in their voices: they never once sang off-key. It was this talent and elegance that inspired the production and release of the two DVDs at a time when the abovementioned qualities are pretty rare to come across.” So it the public’s hunger for musicians who know how to play and sing whilst maintaining a normal appearance would explain why Beatles records and videos are still being released and why the music industry continues to trust in old glories.” “In artists – L’Osservatore Romano went on to write – who would be quietly enjoying the fruits of their well-earned pension if they had chosen another career path. But instead, given the vacuum that would be created if they stopped, they are forced to carry on performing: one of the best acclaimed records of recent times is by Carlos Santana who recycled some rock classics mostly from the 60’s and 70’s. Santana was born in the first half of last century, in 1947.  Like the Beatles, he too comes from a far away world. A black and white world.”