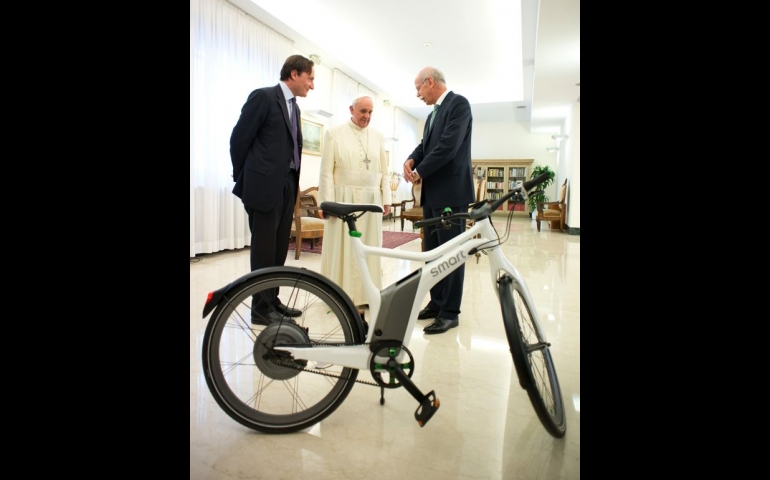 BOGOTA, Colombia — It may be back to a bicycle for a Colombian priest who’s heeding Pope Francis’ call for austerity.

The Rev. Hernando Fayid said he’s going to sell his white Mercedes Benz E200 convertible with a black top following the pope’s recent statement that it wounds his heart to see a priest in a luxurious car.

Fayid told RCN television Tuesday evening that he got the car as a gift from his four brothers last year, but will still give it up and it won’t bother him.

He said he’s ridden a burro, a horse, a bicycle and a bus, to say nothing of walking on foot around his town of Santa Marta. In his words, “I have no problem with that.”

Fayid’s announcement was applauded in Colombia, which is predominantly Catholic.

Priests “should provide an example of humility,” said 24-year-old accounting assistant Leydi Vega, adding that “no one is asking them to live in extreme poverty … or to die from hunger.”

He said the estimated 10,000 Colombian priests in the country each receive the equivalent of about $620 a month.

“We priests undoubtedly have to be very conscious that we have to live with our people,” said the prelate, “in the conditions in which our people live.”