Music and texts inspired by the Blessed Virgin Mary with Jenny Agutter and Andrew Buchan. 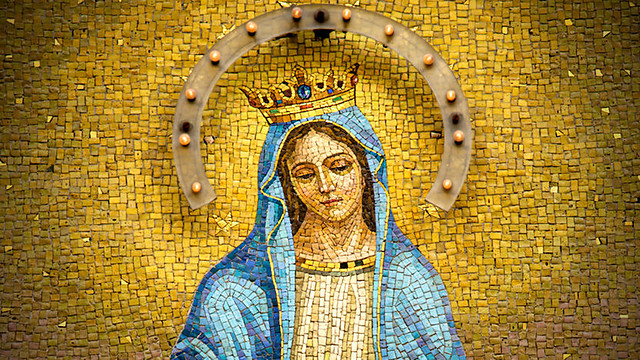 Jenny Agutter can currently be seen starring as Sister Julienne in the hit BBC TV series “Call the Midwife”, and Andrew Buchan is currently playing the part of the father of a murdered boy in the ITV drama “Broadchurch”.

The Virgin Mary has inspired perhaps more writing and music than any other historical or Biblical figure and this edition of Words and Music attempts to dip a small toe in the ocean of material available. Following the Bilbical narrative from the Annunciation, the birth and life of her son Jesus Christ and his death on the cross, the story goes beyond the New Testament into Catholic traditions concerning the Assumption of Mary into Heaven, her crowning and, back on earth, the numerous visions and miracles that have been reported in her name over the centuries.

The programme includes poems, prose and texts by a wide variety of authors including Thomas Hardy, Rupert Brooke, Dorothy Parker, Ben Jonson, Marina Warner and Carol Ann Duffy, as well as extracts from the Gospels.