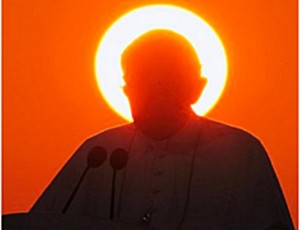 The Pope’s Secretary, Mgr. Georg Gänswein, has revealed that there will be no solemn celebration on the occasion of the Pope’s 85th birthday on Monday, 16th April.   Instead it will be a “very Bavarian” day.

“There will be no solemn celebrations in the Vatican for the Pope’s birthday. Instead, it will be a family celebration”. “I do not want any big celebrations please,” the Pope himself said to us collaborators.” This was revealed by Mgr. Georg Gänswein, Pope Benedict XVI’s private secretary exclusively to Italian weekly magazine Gente.

On 16 April the Pope will celebrate his 85th birthday and, three days later, on 19 April, he will begin his eighth year as St. Peter’s successor.

“16 April is a Monday, a normal working day and he never interrupts his daily routine. It will however be a very Bavarian day,” Mgr. Gänswein added.   He also revealed a few little secrets about life with the Pope, a fellow countryman: “He is a Pope who reflects on the meaning of his words. His simplicity, sincerity and courage have often been misunderstood. Perhaps because he is not afraid to call a mistake by its name. But he has always shown sensitivity and respect in his day-to-day relations with others, including me. He has never said to me: “That’s not right: you are wrong.” Instead he says: “This could be done like this or like that.” Though the essence of these criticisms is serious, they are expressed in a delicate and seraphic manner.”

According to his secretary, Pope Benedict XVI does not appear to be concerned by the image the media paint of him, a picture of a cold and conservative question: “This image is mostly a distorted one. But he learnt to deal with criticism. He knows how to place and accept them. He is able to distinguish news pieces and their contexts. Public opinion, the press and television are important and must be taken into consideration. But they often have no influence on theVatican.”