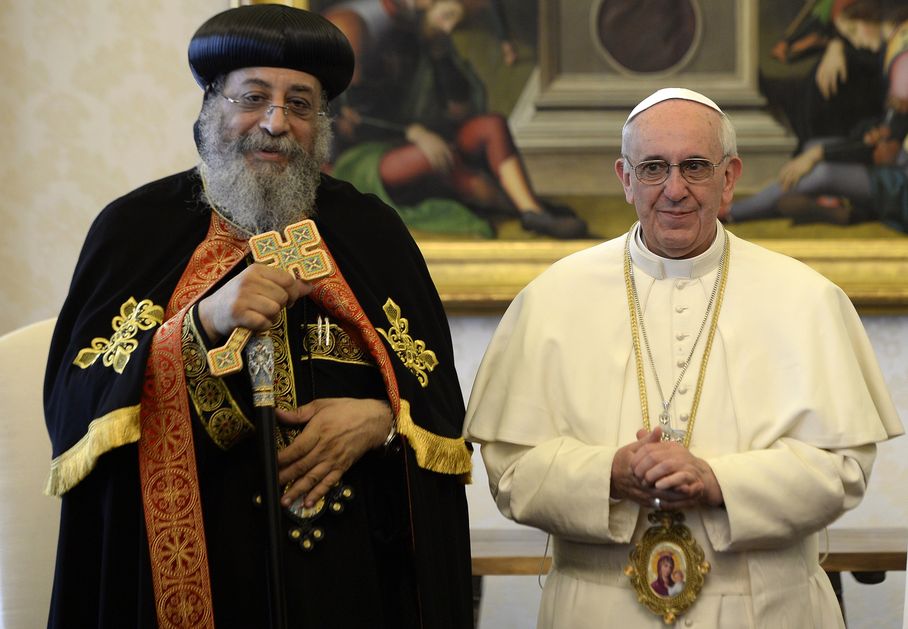 Coptic Pope, Tawadros II, was in Rome for a four day visit. After several gatherings at the Vatican, he concluded his visit with a private meeting at the Congregation for Oriental Churches.

There, he met with Argentinean Cardinal Leonardo Sandri and with other members of that Congregation.

Together, they prayed at the Congregation’s Byzantine style chapel. They also sung the Regina Coeli to honour Our Lady.

The Coptic Pope reflected on this historical visit. Especially since a visit of this kind, had not taken place in 40 years.

TAWADROS II
Coptic Pope
“I am very happy to visit the Holy Father, Pope Francis. It’s very important and it’s considered a historical meeting between the two big Churches: The Egyptian Coptic Orthodox Church and the other one, the Roman Catholic Church.”

This marks his first visit to the Vatican and also his first official trip outside of Egypt, since he was elected last November.

TAWADROS II
Coptic Pope
“I found the Holy Father a very decent man full of grace, full of the Holy Spirit and full of joy and happiness. And this touched my heart.”

To mark the visit, they all agreed that May 10th be recognized as a day of fraternity between Copts and Catholics. For now though, the date is unofficial.

It’s a type of symbol to show that the meeting between Pope Francis and Tawadros II ended on a good note.

TAWADROS II
Coptic Pope
“We each decided to pray for one another everyday in our personal prayer.”